At first glance, any modern map of Macclesfield shows a jumble of streets, roads, and lanes jostling for position.  Looking closer at individual street names reveals insights into their purpose, origin and age.

Some street names have been around from the medieval period and still remain today, for example, Jordangate.  This can be found in records from the fourteenth century but may have been used as far back as the tenth century.  Its importance lies in showing how important the river has always been to the settlement at Macclesfield, as the River Bollin was once called the River Jordan. 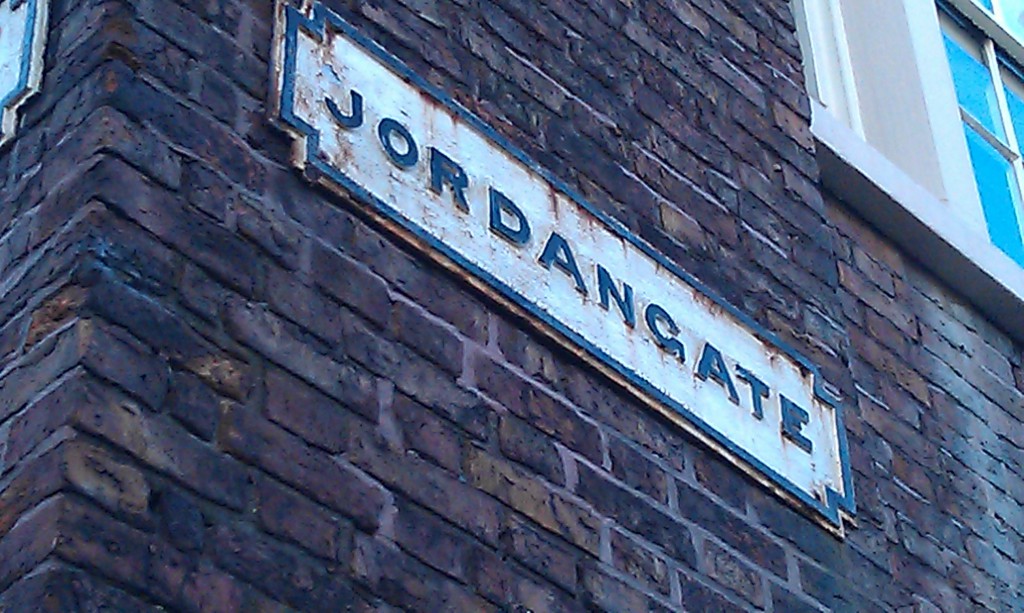 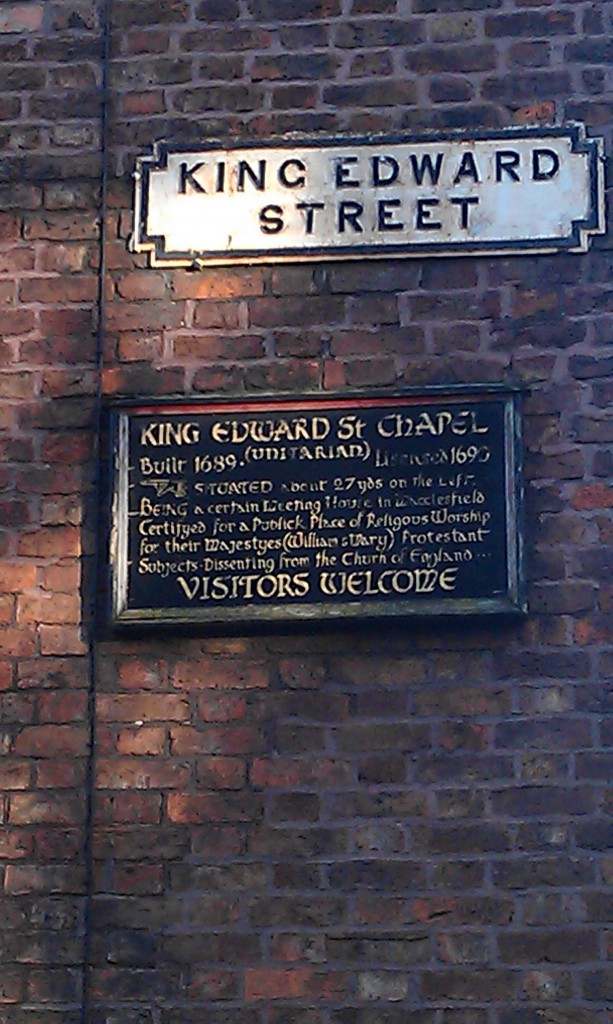 King Edward Street was originally called Back Lane or Back Street but in the seventeenth century took its name from the second oldest place of worship in the town, the King Edward Street Chapel.  Built in 1690, it provided a place of safety for thousands of religious dissenters, and today continues to house the Unitarians. 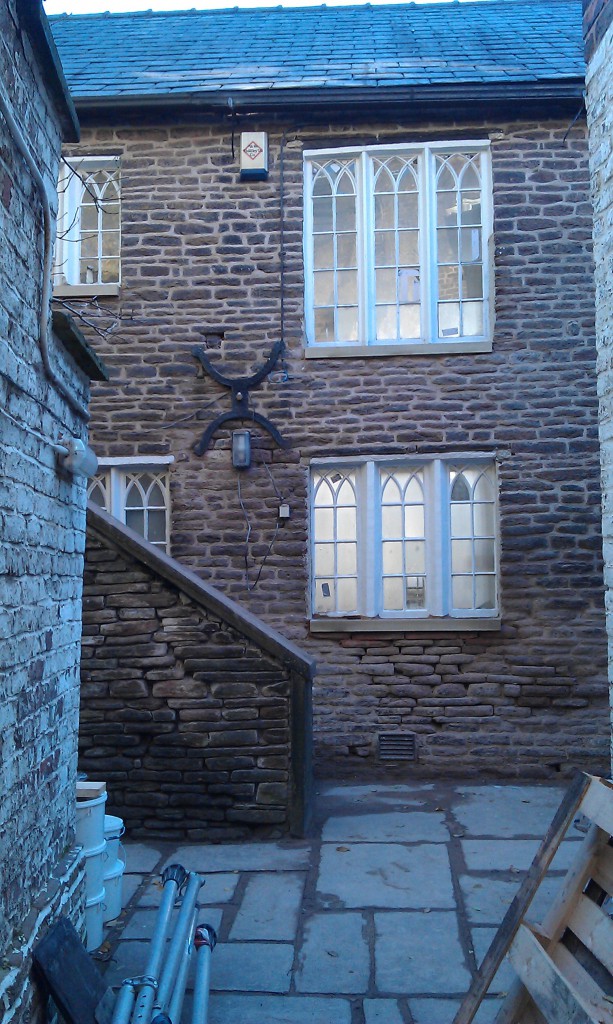 Other street names point to the towns esteemed industrial heritage, none more so than Roe Street. This was named after Charles Roe (1715 – 1781), a prominent local industrialist. He erected the first mill in the town to be use for throwing silk which eventually went on to help establish the great legacy of local silk weaving.

Sadly, yet perhaps, inevitably, some streets have now completely disappeared under modern developments.  Of the streets cleared to make way for the Duke Street Carpark, surely it is the name’s of now forgotten Cotton Street and Silk Street which can go some way to summing up the the town’s industrial roots.

Similarly the Grosvenor Shopping Centre and Churchill Way now cover the once thriving Stanley Street (previously Dog Lane), and Derby Street, so named as a clear nod to the Stanley dynasty, Earls of Derby, one of whom Edward Stanley, was Henry VIII’s Steward in the Borough, and whose influence on the town would have been immensely powerful.

Other throughfares have taken on new names;  Brunswick Street, was once Goose Lane, from the fact that townsfolk used to drive their ducks and geese down the steep incline to the river below.

Part of Churchside was once known as Le Dede Street, enough to put off anyone taking a shortcut at dusk! 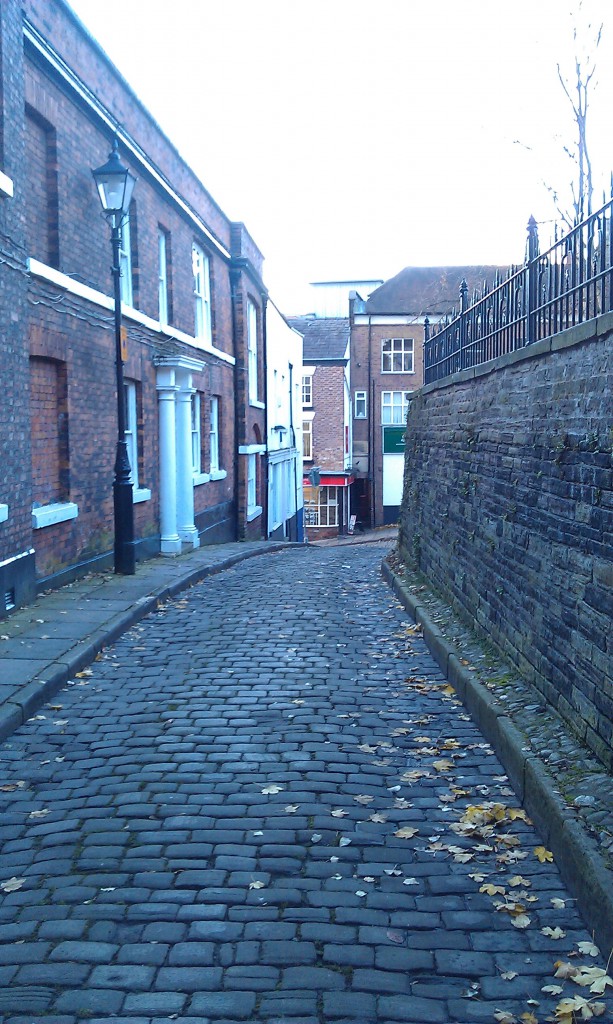 A personal favourite though, must be,  Bottefischellarder Lane, thought to be the short street which runs past the Castle Pub, now known simply as Church Street, but whose beginnings can really only be guessed at!

One of the most expressive names that does still exist is Cuckstoolpit Hill. At the bottom of the hill was a pool, over which sat a stool or chair fastened to the end of a long pole.  Gossips or nagging women would face a ducking in the water as punishment!

Looking at these has however made me wonder about the process of naming new streets nowadays;  some new housing estates boast impossibly idyllic appellations, normally based on aspects of the natural world, influential figures in history or religious edifices,  no doubt to encourage potential buyers to part with their cash.  The A-Z of Cheshire alone offers no less than 82 instances of Meadowside, The Meadows, Meadow Brow or other variations on this theme, hardly original.

Unsurprisingly,  pearls such as Deadman’s Lane, Bottoms Lane, Weedon Avenue or Travers Entry seem to be woefully underused. These will however, live on in memory perhaps because of their uniqueness, rather than in spite of it.

Sources:  Streets and Houses of Old Macclesfield by John Earles (1915)

A History of Macclesfield by C.Stella Davies  (1961)