An unusually sunny day prompted a family walk along Macclesfield Canal today.  Even though we only walked a short distance, due to little legs getting tired, it was amazing to see what could be discovered about the workings of this great waterway and it’s impact on the local community.

We started on Bullocks Lane, dropping down on to the towpath just in front of Bridge 44 and walked in the direction of Bollington.  This stretch of water is known as the Gurnett Aqueduct.  Rebuilt in 1996, this now boasts 300m of mooring space, very conveniently sited to take advantage of the hospitality of the Olde King’s Head on Byrons Lane.

Just along from the pub, on Bullocks Lane, is Fairways Garden Centre, once known as Bullocks Lane Nursery, as this battered old sign shows: 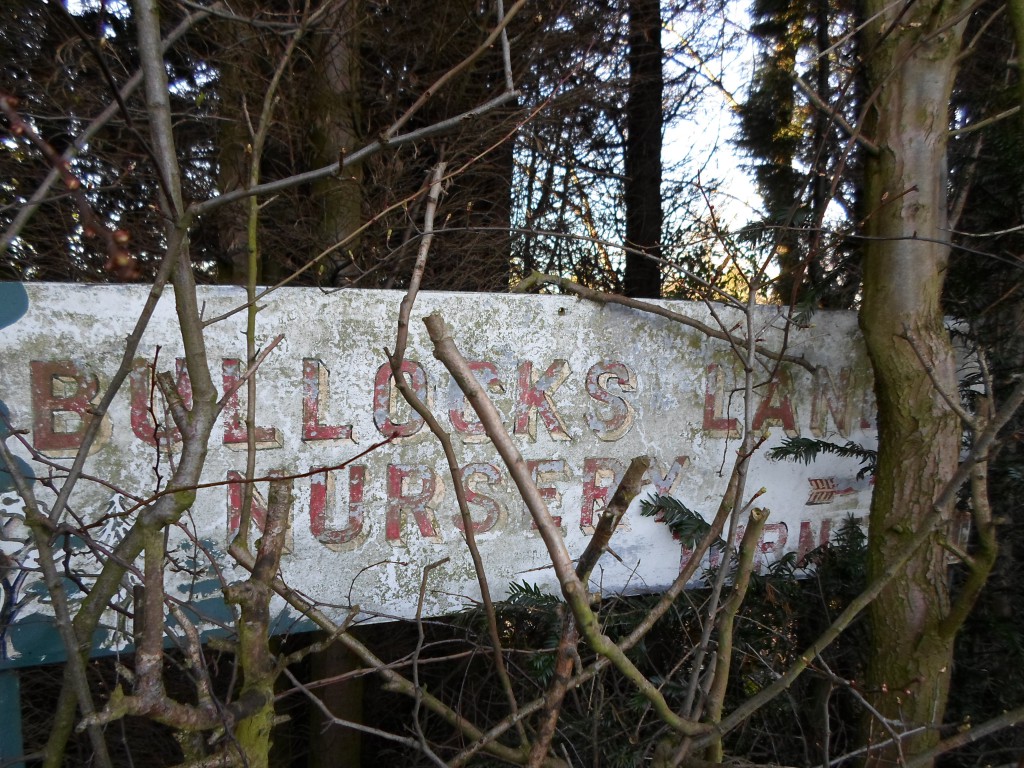 On the far side of the water is an overflow which takes excess water down to the river Bollin. 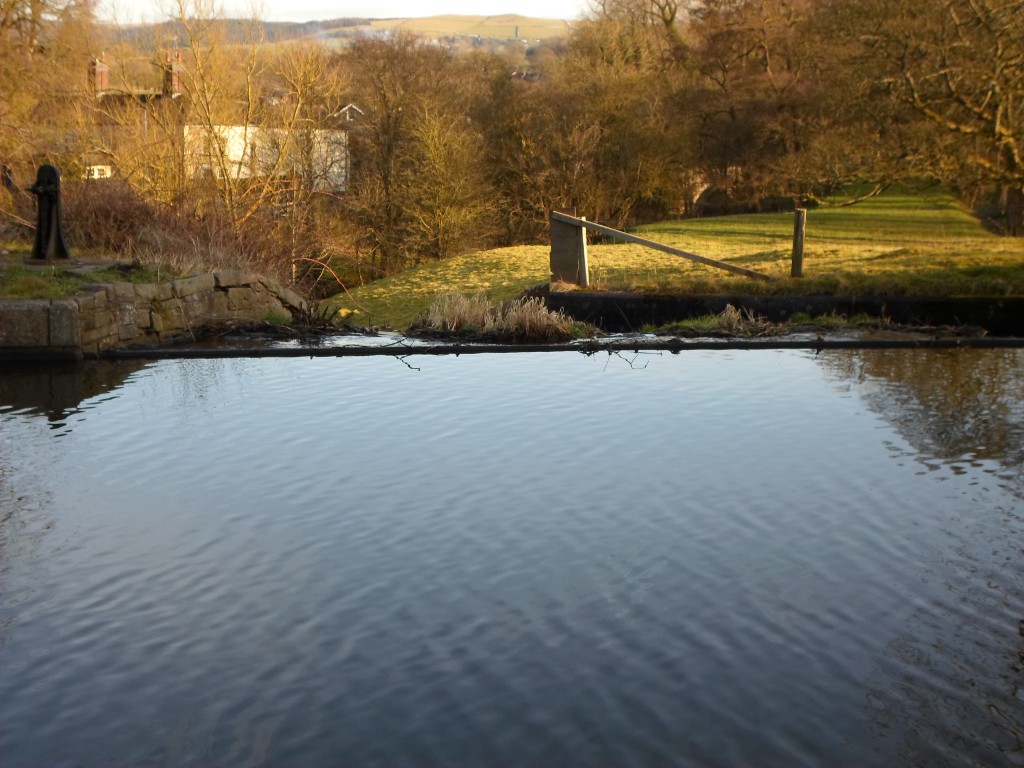 A few yards around the bend is Foden Bank Bridge, one of six change or snake bridges on the canal, used in the days of horse-drawn canal traffic.  When the towpath moved from one side of the canal to the other, as it does here, the snake bridge allowed the horse to cross the bridge without having to undo the harness.  The smooth stones minimized the risk of snagging or breaking the rope whilst this took place. 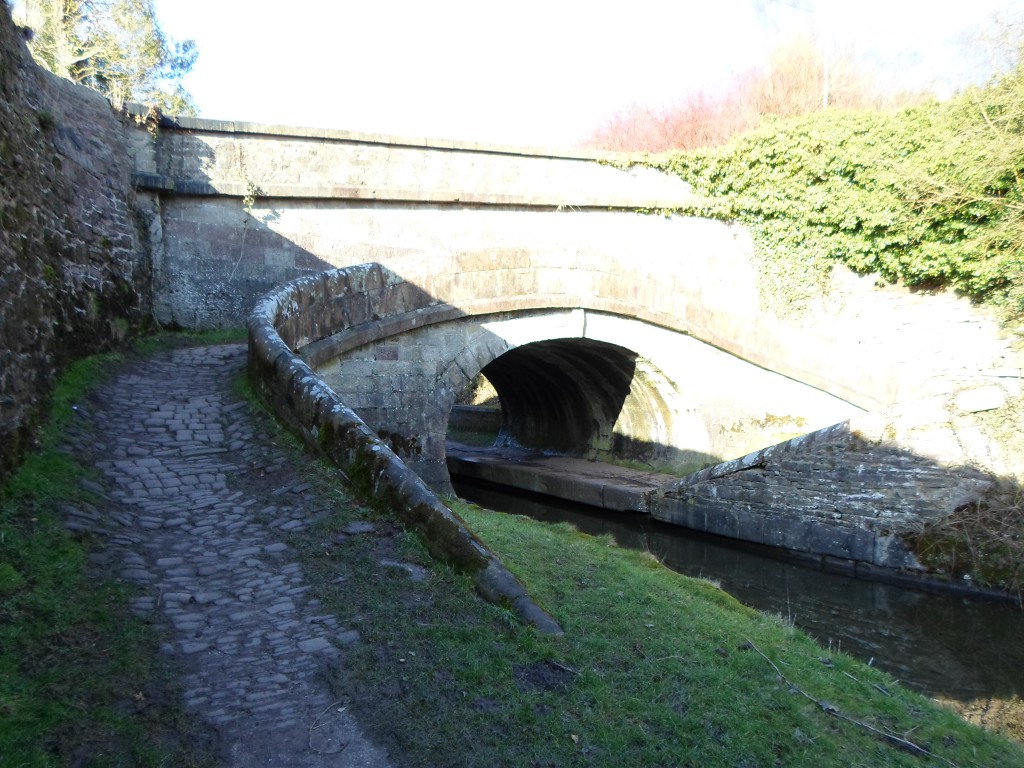 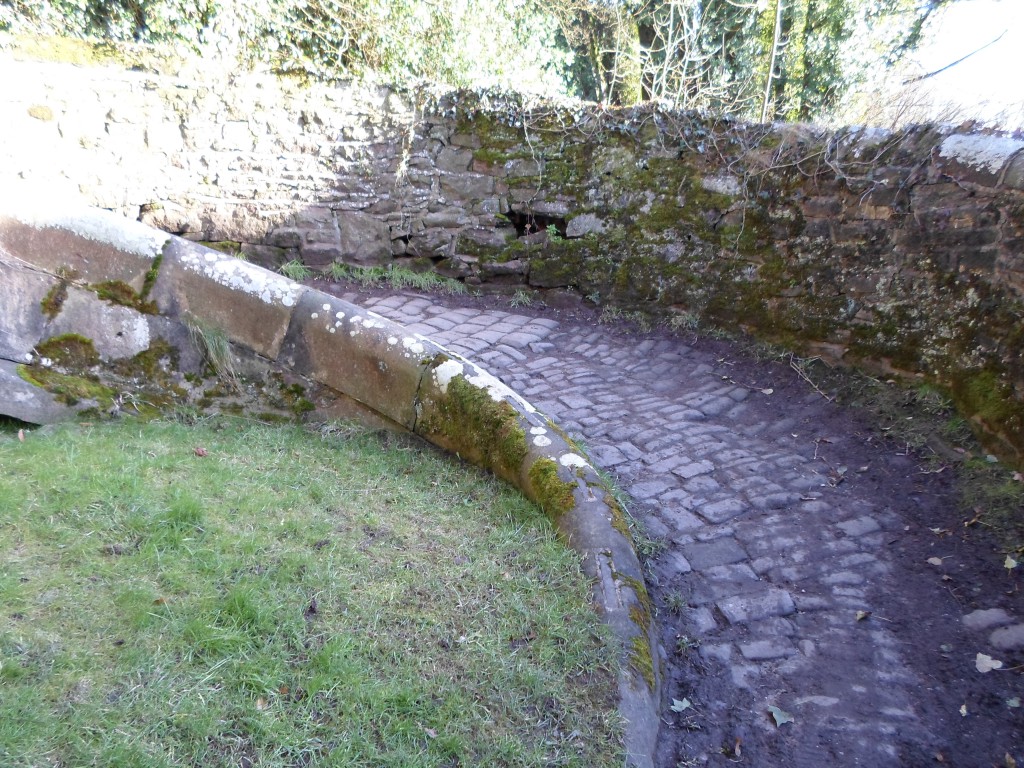 Quite an innovative piece of design.

The access bridge behind served as an occupation bridge, allowing the farmer at Foden Bank Farm to continue to access his land on the other side of the water.

The following map taken from the Tithe Map of the Township of Sutton of 1850 shows clearly how plots 131 and 135 used to be all the same field, with 135 named ‘Yew Tree Field and Holly Tree Field’ and 131 named ‘part of Yew Tree Field’. 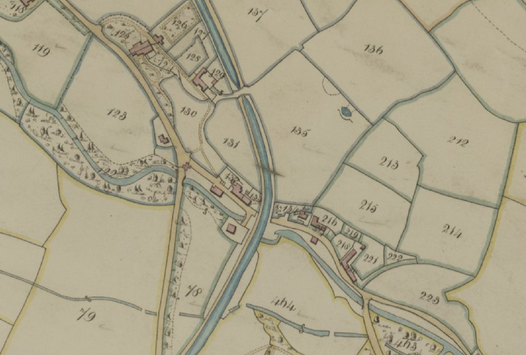 Just before the bridge lies a milestone, showing 12 miles to Marple, and 14¼ miles to Hall Green. 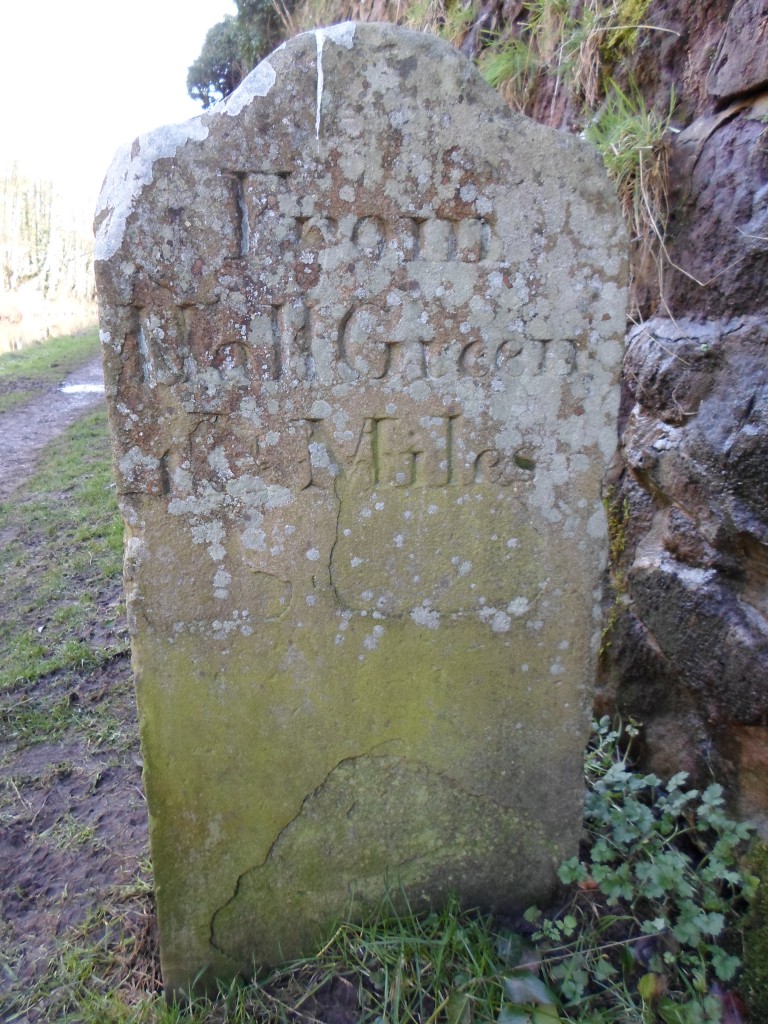 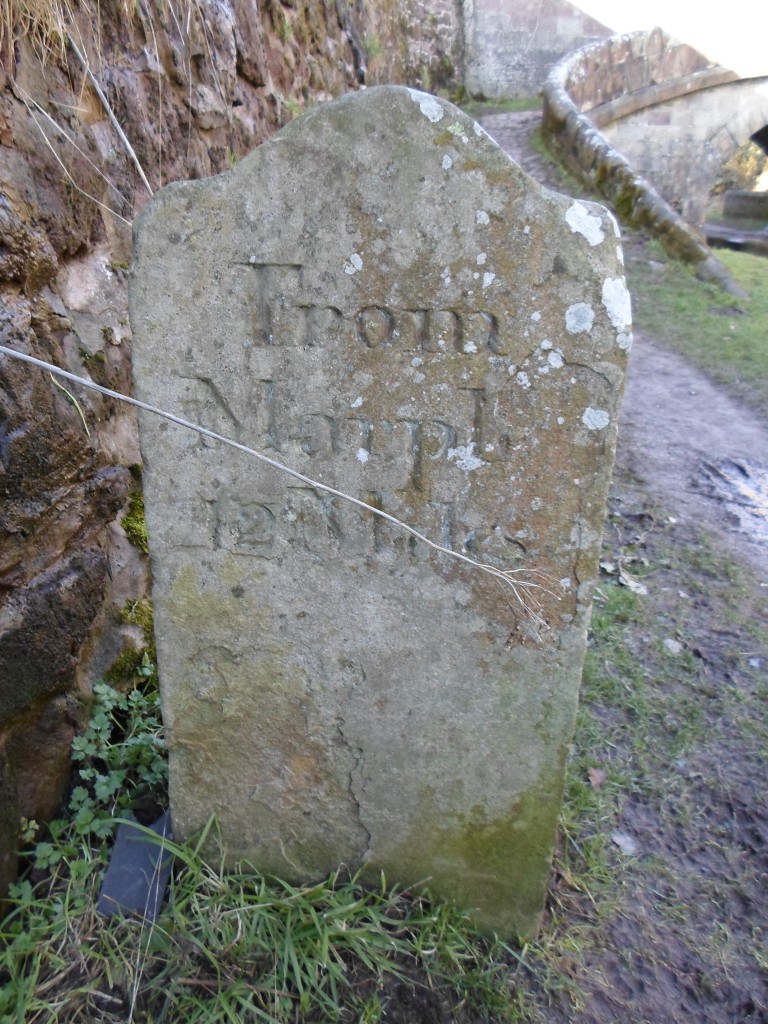 The stones, cut from Kerridge stone, were restored in the 1980’s by volunteers when several of the stones were found to be lost.  Three new ones were cut to replace the ones that could not be found.

There are now 27 milestones, despite the canal being only 26 miles long.  When restoration was being carried out, there was found to be no stone at Marple, and one was made with 0 miles written on it.  According to the Macclesfield Canal Website, this would never have been neccessary, as it would have been assumed that the junction would have been the starting or zero point.

Past Foden Bank Bridge, are a set of stop plank grooves cut into the stones.  These allow the nearby set of planks to slotted in, stopping the flow of water and allowing a section of canal to be drained for maintenance. 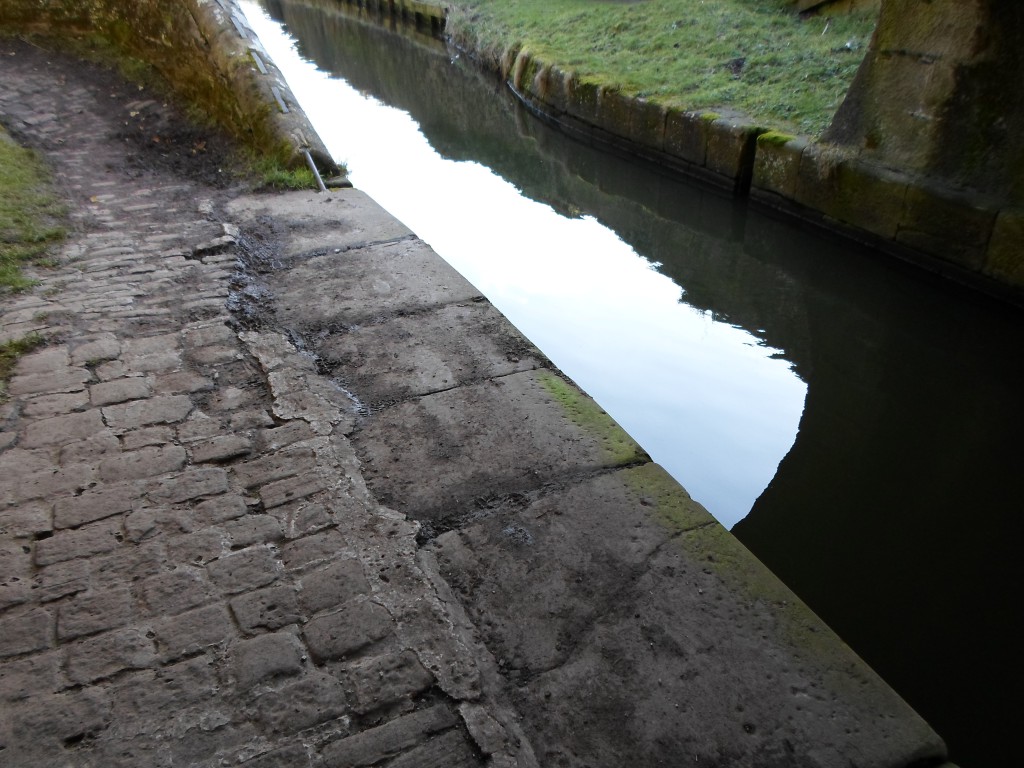 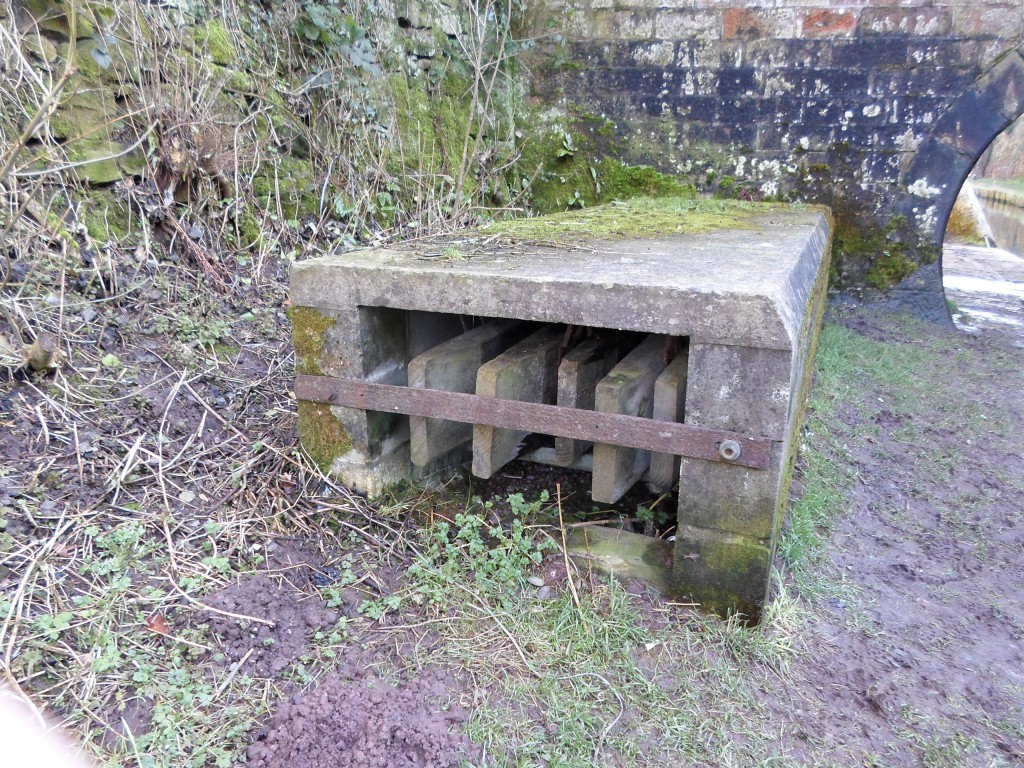 A little further and we come across an old sign for the Beehive Pub, now known as The Hollins, on Black Road, encouraging boat owners to try out the local hospitality, and perhaps the only reminder of it’s previous name. 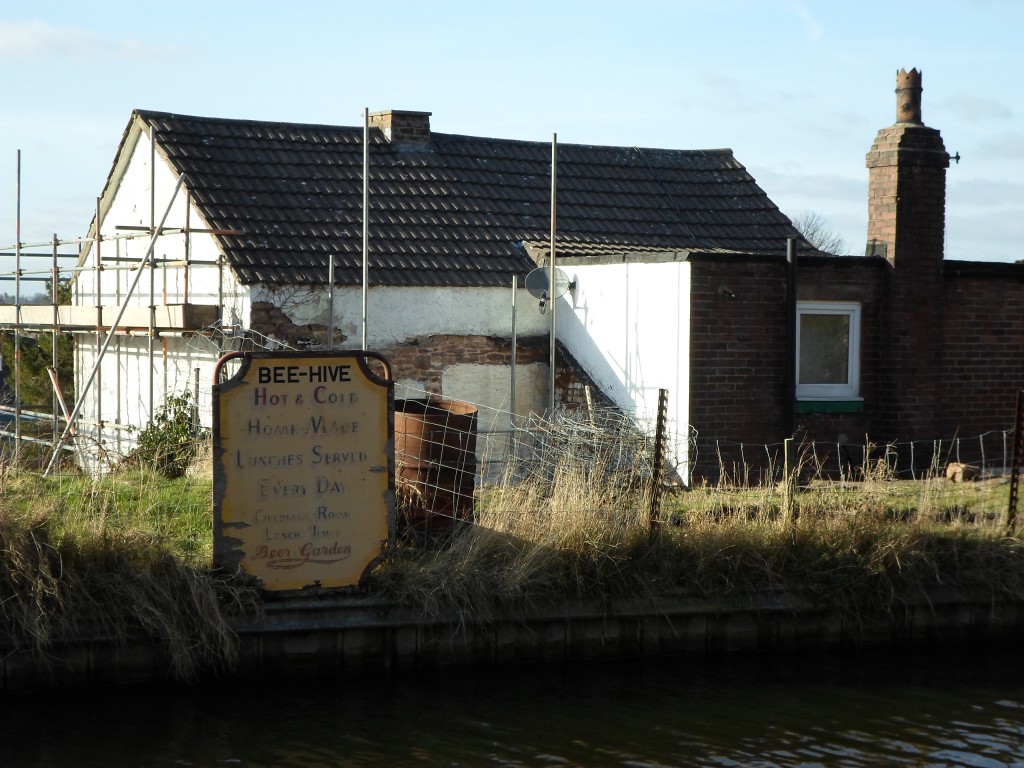 After passing the recently repaired embankment, sympathetically done, we reach Bridge 40, where Windmill Street passes over the canal, and where we turned around and retraced our steps. 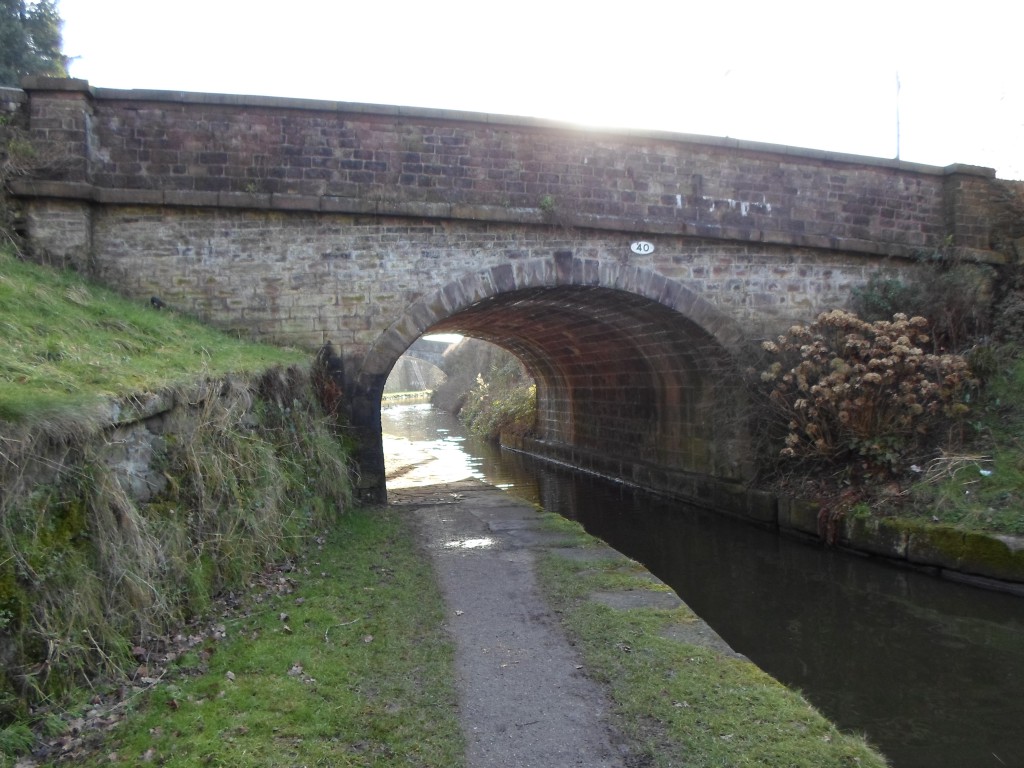 So there, we have it, a short walk which provided a brief insight into the everyday life of the canal and its relationship with the businesses along its banks.

Looking forward to walking another section later in the year, and with a picnic this time!

Please see the “About Cheshire Historyscapes” Tab for information.